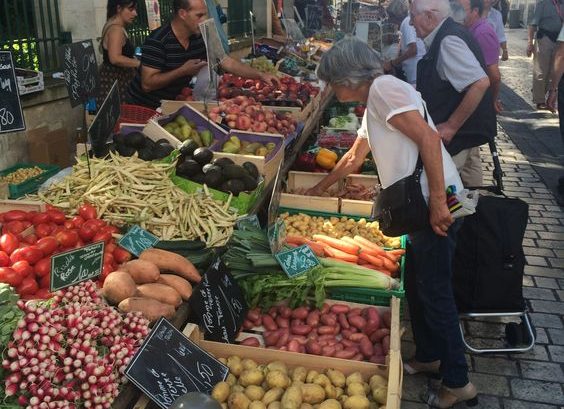 Think of France and our minds instantly turn to the country’s infamous love affair with food and drink.

A long lunch is the norm and the enjoyment of good food is considered the right of everyone. In Cognac, Poitou-Charentes and Charente Maritime, there is a truly amazing variety of local specialities.

Let’s start with the much coveted and revered subject of French cheese. In restaurants, as in family homes, cheese is served before (or instead of) dessert.

There is a huge variety, crafted from cow, goat, and sheep milk. Next door to Charente-Maritime, Deux-Sèvres produces the majority of France’s wonderful goat cheese. Many local cheeses are made by manufacturers who straddle the border between these two regions.

Taupinette and Le Mottin Charentais are two of the most popular and definitely worth indulging in.

Seafood is another Charente-Maritime speciality.

High quality shellfish is served in almost every restaurant you go to in Charente-Maritime. For terrific atmosphere, we like the many terrace restaurants that line La Rochelle’s old port.

Quality wise, you can’t do better than Les Flots (1 Rue de la Chaîne, map) at the Ports edge, next to the chain tower. It’s a little pricey but it really does present the best the ocean has to offer.

Featuring prominently in the seafood dishes across this region are mussels, namely because it has been raising mussels since the Middle Ages. The old practices of harvesting mussels are still observed today.

Farmers catch mussel larvae on the open sea. The larvae are attached to long ropes, which are wrapped spirally around protracted wooden poles, embedded in the silty sand near the shore. The changing tides, the long sunshine hours and the watchful care of the farmers are all factors in why these mussels are so incredibly tasty and hugely popular.

And for the accompaniment; You simply cannot visit the region without sampling the infamous Pineau des Charentes.

This fortified wine, made from fresh fermented grapes and cognac, according to legend, was invented by accident in 1589, the year of Henry IV’s coronation. Supposedly by a winemaker, who added grape must to a barrel partially filled with brandy by complete mistake. He returned several years later to his delicious new creation. 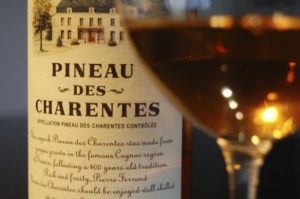 For a long time, pineau was kept as a local secret. Bottles were stored away and saved for special occasions.

The quality of today’s pineau depends less on the properties of the wine, and more on the excellence of the eau-de-vie with which it’s blended. Each bottle of pineau is aged at the very least for one year in oak barrels and for more expensive blends for 5 or 10 years in white, red, and rosé varieties.

It’s served chilled as an aperitif, or as a dessert wine and it also makes a winning cocktail ingredient.

I couldn’t possibly begin to cover even a margin of the vast food and drink heaven available in this part of France.

Local duck, beef, potatoes of the very highest Calibre, field grown tomatoes, strawberries and all varieties of superbly fresh ingredients are accessible in markets, restaurants and supermarkets right across the Charente.

Les Fluers in Matha https://www.tripadvisor.co.uk/Restaurant_Review-g1308343-d7337104-Reviews-Les_Fleurs_du_M-Matha_Charente_Maritime_Nouvelle_Aquitaine.html open for lunch only but well worth a midday jaunt.

Chez Julian also in Matha – recommended for something special, open for lunch and dinner.
https://www.tripadvisor.co.uk/Restaurant_Review-g1308343-d9823923-Reviews-Chez_Julien-Matha_Charente_Maritime_Nouvelle_Aquitaine.html

The ‘Boutique’ wine provided in Les Vieilles Ombres  is purchased from http://vindepayscharentais.fr/producteur/cave-du-liboreau/ in Siecq (10 mins drive) Beautiful local wine, fresh from the pump (bring your own bottle)

The worlds greatest chefs travel to this area for ideas and inspiration and to sample a somewhat hidden world of alternative French cuisine.

If you’re a food fan, you’ll be spoiled for choice in this region!